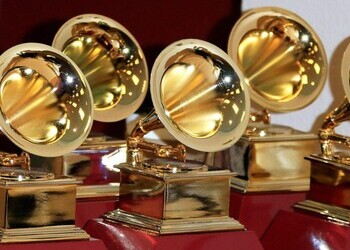 The new categories coming to the 65th Annual Grammy Awards in 2023 include Songwriter of the Year (Non-Classical), which will specifically honor “non-performing and non-producing songwriters,” as well as Best Alternative Music Performance, Best Americana Performance, Best Score Soundtrack for Video Games and Other Interactive Media, and Best Spoken Word Poetry Album.

The Grammys will also introduce a new “Special Merit” award: Best Song for Social Change. The Recording Academy shared that this award will honor songs with “lyrical content that addresses a timely social issue and promotes understanding, peacebuilding, and empathy.”

Some of the rules regarding entry eligibility have also been amended. Going forward, artists will receive five courtesy entries to the Grammys each year, and any after that will be charged a submission fee. Albums eligible for an award must now consist of 75% original material released in the past five years, an increase from the former 50% benchmark.

“We’re so excited to honor these diverse communities of music creators through the newly established awards and amendments, and to continue cultivating an environment that inspires change, progress and collaboration,” The Recording Academy’s CEO Harvey Mason Jr. shared in a statement. “The Academy’s top priority is to effectively represent the music people that we serve, and each year, that entails listening to our members and ensuring our rules and guidelines reflect our ever-evolving industry.”