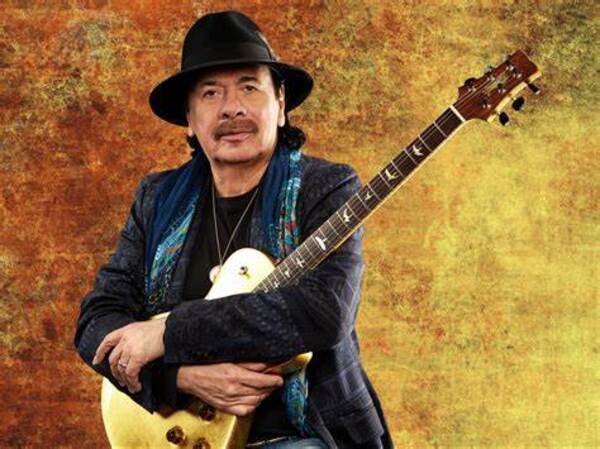 Carlos Santana is offering fans an update after he collapsed during a show in Michigan Tuesday and was hospitalized for heat exhaustion and dehydration.

On Wednesday, the rock legend, 74, shared a post on Facebook originally posted to his wife Cindy Blackman Santana’s page, thanking everyone for their “prayers, love, care & concern.”

“Please know that he’s resting and doing very well,” the post continued. “He was diagnosed with heat exhaustion & dehydration… it was 100 degrees on stage and 114 under the lights so that coupled with not enough water is what caused the issue.”

She added that Santana will “be as good as new soon!”

“Thank you again and we love you!” she wrote.

Late Tuesday, Santana posted a message on Facebook revealing he “forgot to eat and drink water” prior to his hospitalization.

“i dehydrated and passed out,” he continued. “blessings and miracles to you all”

He added that he and his wife are “just taking it easy.”

Santana was hospitalized after suffering from heat exhaustion and dehydration during his concert in Michigan Tuesday night.

The rock legend’s representative Michael Jensen said in a statement to USA TODAY that Santana was at his show at the Pine Knob Music Theatre (formerly DTE Energy Music Theatre), an amphitheater about 40 miles outside Detroit, when he was taken to the emergency department at McLaren Clarkston hospital.

Santana’s manager Michael Vrionis said the singer was held for observation and is “doing well,” according to Jensen’s statement.

Santana’s Wednesday show at The Pavilion at Star Lake in Washington County, Pennsylvania has been postponed to a later date.

The collapse on stage startled fans who were there to see Santana and an earlier performance by Earth, Wind and Fire.

“He kind of sat down by the drums and fell backwards and then all hell broke loose on stage,” Steve Oshinsky of West Bloomfield told The Detroit Free Press, part of the USA TODAY Network. Oshinsky was in the 10th row near center stage and said Santana was “soaked.” “He was drenched the whole time.”

The music quickly stopped and medical personnel rushed onto the stage, Oshinsky said. They put up a black screen to provide privacy, turned on the house lights and asked the crowd to leave.

“A lot of people started to scream out like ‘we’re praying for you, Carlos,'” said former Free Press sports feature writer Jo-Ann Barnas, who was seated about 40 rows back from the right side of the stage. “You’re alright, Carlos. We’re here for you, Carlos.”

Barnas said it was hot, but before the collapse she hadn’t seen any signs that Santana or Earth, Wind and Fire were struggling in the heat.

She said his energy level and his music were every bit as good as in a show he played there in 2019.

“Carlos was on fire,” she said. “He had just performed a solo before that and he was great.”

Oshinsky said it was just before 10 p.m. when Santana, clad all in white including his trademark fedora, collapsed.

“He had played like seven or eight songs,” Oshinsky said.

In December, Santana underwent a heart procedure, causing him to cancel several Las Vegas shows planned for that month.

In a video message released on social media at the time, Santana said he asked his wife to take him to the hospital because of an issue with his chest. “I’m going to be taking time off for a little bit to make sure that I replenish and I rest and I catch up with my health,” Santana said.

“Other than that, I hope you and your family are enjoying good health, peace of mind and joy,” Santana concluded.

Vrionis said in a statement at the time that Santana underwent an “unscheduled heart procedure,” but gave no specifics.

“Carlos is doing fantastic and is anxious to be back on stage soon,” Vrionis added. “He profoundly regrets that this ‘speed bump’ necessitated the cancellation of his upcoming performances.”

The 10-time Grammy winner’s heart procedure and recovery prompted the cancellation of his concerts at the Mandalay Bay Resort and Casino through the end of 2021.